The MP600 Series are M8 and M12 cylindrical mechanical sensors.

The long life sensing mechanism is designed to accurately detect two positions with a high degree of repeatability and no measurable hysteresis.

The MP600 series of mechanical position sensors detect one or two positions within a single, compact electromechanical component.

Two independent commutations can sense two previously defined positions to within a few microns of accuracy. The two positions can be set specifically for each application, between 0.3mm and 1.5mm and require no further calibration. The fixed NC and NO contacts activate with no measurable hysteresis. Repeatability is less than 5 µm and, depending on cable selection, the operating temperature can go from -40°C up to 130°C. The cable can be supplied with a connector termination, typically M8 or M12.

Applications are in the automation, process control and OEM industries that require today two switches for position control. The MP600 series solves the time consuming adjustments required because of the hysteresis effect caused by the sensors or snap action switches currently used. Initially designed for compact detection of status and wear of industrial safety brakes, numerous other uses are envisaged, in particular in the field of industrial automation. They include accurate position referencing as well as upper and lower threshold detection in process control applications.

For ease of integration and enhanced functionality, custom housing shapes can be easily implemented.

The sensors are built with a NC and NO contact. There is no pre-travel of the pin plunger to open the NC contact.
The NO closes after a customized length of travel between 0.3 mm to 1.5 mm. 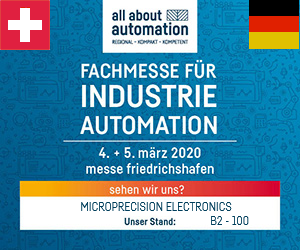